Tabula: a strategic 2-player Roman board and dice game

Picture yourself planning for a Year 8 class in the final period of the day. It’s the second last week of term and everyone has finished their exams and have mentally started their holidays already. The class includes several (loud, influential) students who are not continuing Latin next year. They’ve probably been watching videos all day and I don’t want to contribute more to that. What do you do with them? 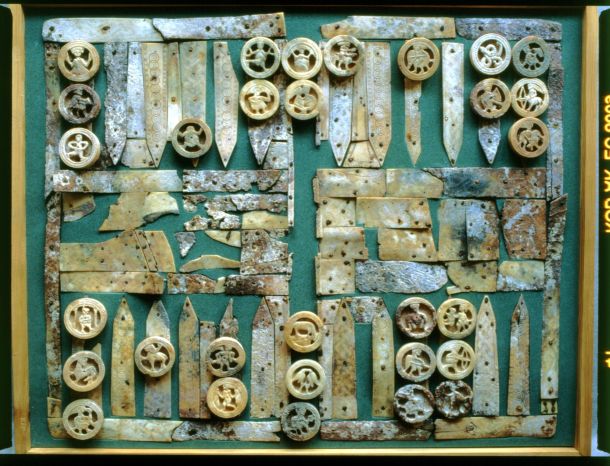 Pieces from the Gloucester Tabula board. Source: [Link]

How about play a strategic ancient Roman board and dice game?

Tabula was enjoyed for hundreds of years during the Roman period. It similar to Backgammon and relatively easy to explain.

For your convenience I have found here a version of Tabula which is playable, fun, and well explained. I’ve also made a printable board for it.

END_OF_DOCUMENT_TOKEN_TO_BE_REPLACED 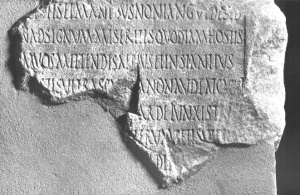 Collections of inscriptions are very useful but a little intimidating for budding Classicists to get their teeth into. These collections are almost always referred to by their acronym, which appear as a meaningless series of letters to the uninitiated. And since epigraphy is a somewhat arcane topic, it is surprisingly difficult to find the full titles of epigraphical resources online.

END_OF_DOCUMENT_TOKEN_TO_BE_REPLACED

The Melitan Miniature Dog: The most popular lapdog in antiquity 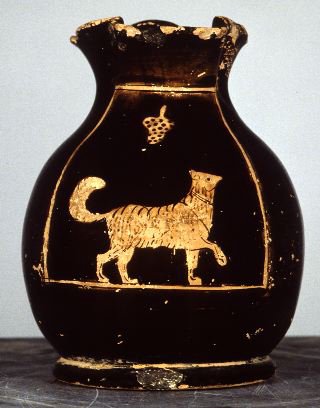 There is something so disarming, so human, about reading that the ancient Greeks and Romans kept dogs as pets – not just as hunting hounds, but also as tiny companions. The Melitan, while it is not the only kind of miniature dog mentioned in surviving texts (a “Gallic miniature dog” was named once in Martial’s epigrams),[1] it is by far the most the most prolific miniature dog in artistic depictions and literary sources.

END_OF_DOCUMENT_TOKEN_TO_BE_REPLACED

The Weasel in Antiquity: Pet or Pest? 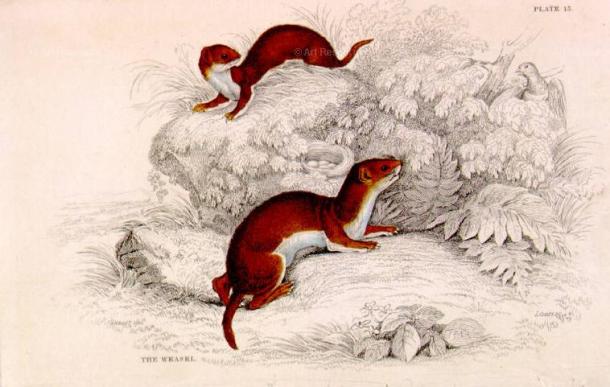 It’s a nice time for a light-hearted piece, and I’ve been dying to write this article for a while. It’s about pet weasels in antiquity. A surprising amount of respectable scholarship all the way from 1718 to 1997 has claimed that the Greeks and Romans kept tame weasels as household pets. At the very least, there is good evidence that weasels lived and nested in the houses of ancient Greeks and Romans. But to claim that weasels were kept as tame, domesticated pets requires more evidence from the sources than simply evidence that they wandered around in human houses. This article will examine the evidence for the taming of various members of the weasel family. Remarkably, the marten seems to have been tamed at least once before Aristotle. There is also evidence that the polecat, the ancestor of our ferret, was tamed for hunting purposes by at least the first century AD. But what of the little red creatures we know and love as “weasels”? Were they pets or pests in the eyes of the Greeks and Romans?

END_OF_DOCUMENT_TOKEN_TO_BE_REPLACED

Another Latin word for kill 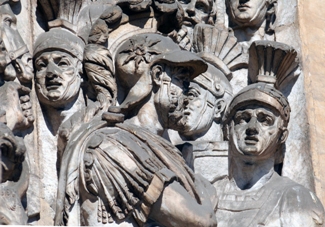 While I was translating some unseen Latin passages with my high school tutoring student, lo and behold, we came across another word for kill which I hadn’t yet collected! This word is:

It has been duly added to the list of Latin words for kill.

Of course, one of the larger questions remains unanswered. Namely, why does Latin have so many words for kill? What drove people to say the word “kill” in so many, many ways?

END_OF_DOCUMENT_TOKEN_TO_BE_REPLACED

Ancient scrolls: where are the wooden handles?

We all know what an ancient scroll should look like. Most of us haven’t actually seen a scroll from the first century AD, but we know what they look like in movies and stage productions. They should look something like a rolled up cylinder of paper with attractive wooden knobs poking out at either end. 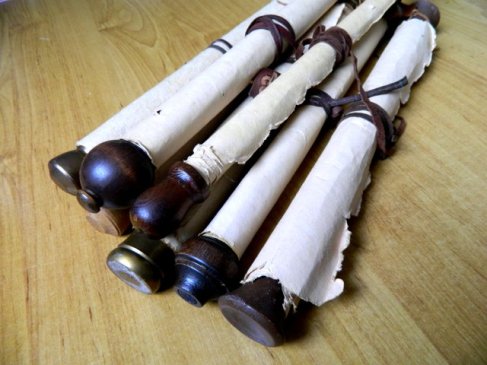 There, like that. These were the prop scrolls used in the movies “Alexander” and “Agora”. Nothing screams ancient and legitimate like wooden handle thingies. Nothing could be more genuinely scroll-like. It’s beautiful, it’s antiquated. You can just imagine Julius Caesar casually picking one of these up and reading it with a British accent.

But I’ve recently been surprised by the lack of wooden knobs in artistic evidence from the Roman Empire.

Where are all the handle thingies?

Could we have been overestimating the prevalence of cool-looking-rolling-pin-shaped-sticks this whole time?

END_OF_DOCUMENT_TOKEN_TO_BE_REPLACED

Of course, that’s a sweeping generalisation. But the first part holds true for most university students today, and it has often led students to assume that the greatest ancient philosophers, politicians and authors were atheists at heart too. That is, until they find evidence to the contrary. The assumption – and I may be treading on some toes here – even pervades scholarship, particularly in studies on Roman religion, where well-respected scholars have treated Roman religion as little more than a convenient charade for the elite, a tool they cynically used to manipulate the masses.[1]

But how prominent was atheism in Greek and Roman thought?