What would happen if Vesuvius erupted again?

Here’s the deal. Vesuvius has erupted dozens of times since its last massive eruption in AD 79. But news reporters and documentaries, the most easily consumable sources of expert advice (that phrase badly needs inverted commas), tell me the volcano is overdue for another catastrophic eruption.[1] I haven’t got a background in the earth sciences, so I won’t comment on the likelihood of impending classical déjà vu in the near future. But I am curious – what would happen if Vesuvius had another eruption in our lifetime, the kind that Pliny the Elder witnessed and ultimately died from?

Pierre-Jacques Volaire, View of the Eruption of Mount Vesuvius, ca. 1770.

1. We will probably not be taken by surprise

Last time, no one paid much attention to Vesuvius, nor did they realise that the great earthquake of AD 62 and the frequent tremors afterwards were warning signs of impending doom. But our awareness of the danger has been completely changed thanks to centuries of geological research. Vesuvius is now one of the most closely studied volcanoes on the planet. There’s an observatory dedicated to monitoring the site, and it’s run by a specialised branch of the Italian National Institute of Geophysics.

So as far as I’m aware, we’ll probably get a warning of its eruption. But then there’s the question of how much time the warning might give us. A day? A few days? A week? A few weeks? I’m in no position to comment on this, but I will say that our understanding of the world’s mechanics, while imperfect, is steadily improving, and will probably still be improving by the time Vesuvius finally decides to blow the hatch.

2. A huge amount of people will have to evacuate the Bay of Naples

Millions of people live under the shadow of Vesuvius, or at least as close to it as Pompeii was. Over three million live in the urban and suburban areas of Naples alone. And it’s no wonder why.  The land around the Bay of Naples is absolutely gorgeous, not to mention very fertile for agriculture and home to a lot of history. Drive around the place and you’ll find lots of traffic, tourists, street vendors, narrow medieval alleyways, stray dogs and busy commuters. The place is bursting with life. And when the top blows off Vesuvius, all that life will want to get out of there fast, if it knows what’s good for itself.

If we only get a few days warning, that’s going to be a logistical nightmare.

Ever seen a freeway turn into a parking lot? Emergencies like this often jam up road systems terribly. The major highways will probably have to take on far more cars than they were designed for.

And then there’s our responsibility to evacuate the people who don’t have a vehicle. Many people are living it tough on the streets in Naples, and many others might not want to risk getting trapped in the open on the freeway. There must be alternate escape routes. Naturally, the sea provides a good option for anyone near enough to make it there. The last time this happened, Pliny the Elder took people into his ships to help them escape from the danger. I hope next time, other brave souls will jump in and aid the rescue effort in whatever ways they can.

3. One of the essential public services will probably be on strike

Last time I was in Naples, it was 2008 – a very memorable year for the locals. Memorable, because who could forget the year-long garbage strike? The were piles and piles of the stuff filling up the sides of the streets, rotting and stinking in the beautiful Italian sunlight, clogging up the walkways and probably making the local rats jump for joy.

My point is, disasters like this happen while something else is going on, and everyone is in the middle of caring about a million other things. Because that’s what life is like. We expect things to go on forever, and these huge catastrophic events overtake us without warning. In AD 79, people were busy repairing their houses after the AD 62 earthquake. Cracks were being patched up, walls were shining with new plaster and frescoes, and there’s even a room where the painter smudged his final paintbrush stroke on the wall and fled with his work unfinished just as the mega eruption doom sequence started. Bread was baking in the oven. It was supposed to be eaten, but within days, everything was under ten feet of ash. 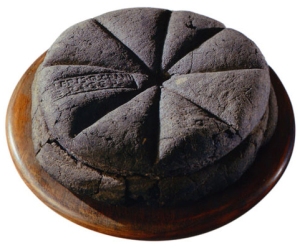 The way things are going, we’ll probably be preoccupied with something else just as we hear the news that Vesuvius is erupting again.

4. We might end up with a 21st century Pompeii

What we’re left with in the aftermath will really depend on which way the wind blows. If a strong wind carries the ash cloud to the west, large parts of Naples will be buried. But as there’s settlement all around the volcano, it’s pretty much guaranteed that some people’s houses and streets will be buried under thick layers of ash.

It will be a tragedy for us, that’s for sure. But what will it be to posterity? I find it strangely uncomfortable to think about archaeologists studying us in another 2,000 years. Just imagine people digging up our living rooms, opening our fridges, reading our shopping lists and trying to reconstruct our lives and affairs, like detectives picking through our trash. Imagine 41st century art critics discussing whether our house decoration is a sign of the “decadence of the times”, or whether we had a bad taste in our DVD collections. Before you know it, they’ll be pouring plaster into our lifeless corpse-cavities and commenting on our dental health. “Didn’t exercise much; that’s why his plaster cast is so wide. Didn’t brush her teeth; that’s why she had so many fillings. Typical 21st century types.”

Then again, there is so much awesome stuff that could be transmitted to the future in this impromptu time capsule. I would love to see how a 41st century archaeologist could even begin to imagine how we used our hopelessly outdated electronic gadgets. “According to literary evidence, the iPhone was used for just about everything. But it was rendered obsolete within ten years, and now it’s a slab of metal and plastic.” Or perhaps someone within the blast radius will have an eccentric hobby, and leave behind, say, a huge collection of Teenage Mutant Ninja Turtle figurines. Archaeologists will scratch their heads at it for years before guessing it probably fulfilled some kind of ritual purpose.

Maybe the ash cloud will bury an Autogrill, one of those enormous roadside supermarkets, and people of the future will find carbonised pizzas and petrified teddy bears. Perhaps a bank or an ATM will be buried, and the future will find stacks of paper money, valued not for its intrinsic worth but for what people thought they could buy with it. Or maybe the local post office will be swallowed by the ash, and the 41st century archaeologists will open parcels of stuff that never reached their addressees.

After 2,000 years, the pizza will probably look a lot less appetising than that.

I’ll have to stop, because there really is no end to this kind of speculation. Pretty much anything we see in the Bay of Naples today could be preserved in ash.

But, other than people’s cherished living quarters, there’s one place I hope that doesn’t get filled up with ash…

It would be quite a shame – and vaguely ironic – if the site of Pompeii gets covered in another ten foot layer of ash, for the second time. And after all the effort we spent in the last few centuries looting excavating it, too. On the plus side, though, perhaps the ash might do a better job at conserving the place than we could, by protecting it from the elements.

What you would like to see preserved in ash, to be unearthed by a 41st century archaeologist? Post in the comments, I’d love to hear it.

"To be ignorant of what occurred before you were born is to remain always a child." - Cicero, Ad Brutum. Carla is a secondary school Latin teacher. In 2013, she finished first-class Honours in Classics, writing a thesis on accusations of impiety among philosophers in Greece and Republican Rome. She loves ancient art, ancient history, theology and pretty much anything to do with the Romans.
View all posts by Carla Hurt »
← Far too many Latin words for kill
How to beg for mercy in Latin →