RSS Feed
← Saint Nicholas through the Ages
Is Amphiaraus a god? →

On the merits of learning German

Happy news! I’ve just started learning German! I signed up for a super-intensive course (with the Goethe Institute, Melbourne) that runs all day each day from Monday to Friday this week. 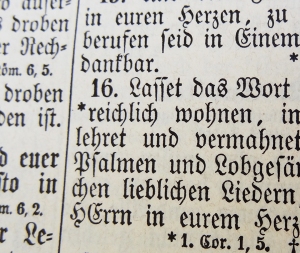 There are so many good reasons to learn German if you like Classics. Perhaps you’ve realised everyone is citing German academics. Name any topic on Greece and Rome, and some German mastermind somewhere has written an immensely important monograph work on that very area. Mention this to anyone who isn’t a Classicist and they’ll reply with a slightly confused “huh?” and ask what Germany has to do with the Romans and Greeks anyway. Good question.

Maybe we should answer that Germany is simply a powerhouse of literature. Try to name some famous (non-ancient) philosophers, and a sizeable chunk of them will have German names – Leibniz, Kant, Nietzche. If the German-speaking culture flowered as a literary giant both during and after the Renaissance, it doesn’t matter that its geography doesn’t include the historical ruins of Rome or Athens. 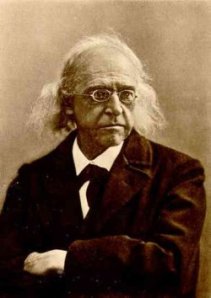 And that’s another reason to learn German. The language doesn’t just help you study your narrow, specialised area of Classics. It opens up a whole world of philosophy, theology, and humanistic literature, all of which strongly influenced the formation of our academic disciplines today. We need to know about the likes of Theodor Mommsen and why he thought the way he thought. For better or worse, these people left their imprint on our studies. If we cease to understand the long history of our Classical discipline, we may unwittingly perpetuate the mistakes and biases of the past.

Perhaps another good reason for a Classicist to study German is, well, simply that it’s been so long since we’ve learned a language that was actually alive, we’ve forgotten the joys of living languages. Sure, there’s a visceral feeling in interpreting a piece of text that was written thousands of years ago in Latin or Ancient Greek. But if you can manage to attend a German course, there’s something refreshing about being able to interact in real time with people in the language itself as you learn it. Don’t get me wrong, I love learning grammar by memorising rules and copying verb tables and then decoding things on paper. But there’s a different challenge when you’re just kind of thrown into hearing full sentences and speaking them back as soon as possible.

In any case, if you miss learning about grammar the dead-language way, you could always supplement your learning by buying a nice hefty grammar book full of exercises and proper terminology. German is a good buddy for Latin and Ancient Greek, since it’s also in the Indo-European language family and even still has a case system.

The German language is an even closer buddy to English, as they both share a common ancestor in proto-Germanic. What I’ve been trying to do recently is find some similarities between archaic forms of English and some aspects of German grammar. For instance, the present active verb conjugation looks strikingly close to that found in medieval English, but the similarities peel away as time goes on:

This is admittedly really geeky of me. But I can’t help it if I find proto-Indo-European linguistics really fascinating. I just have to see how it all connects.

I’m sure there’s at least another self-contained universe of reasons to learn German. Most of Martin Luther’s letters have not been translated into English, despite their historical significance. It would be nice to visit those long lost German relatives one day. J. S. Bach’s St. Matthew Passion is never the same once you can understand those impossibly beautiful arias in the original German. I might gain an edge in an argument about Hitler if I can quote him like a Classicist in his original language. Who knows what other possibilities lie in store!

If you’re studying Classics and you haven’t tried German yet, I warmly encourage you to give this hearty Teutonic tongue a try. Whether you learn German out of a book, CD, online courses, face-to-face language classes, or any combination of these, I hope you’ll find it well worth the investment, and enjoyable along the way too.

* The data for medieval English was taken from the Wycliffe’s bible, which dates to around 1382-1395.

"To be ignorant of what occurred before you were born is to remain always a child." - Cicero, Ad Brutum. Carla is a secondary school Latin teacher. In 2013, she finished first-class Honours in Classics, writing a thesis on accusations of impiety among philosophers in Greece and Republican Rome. She loves ancient art, ancient history, theology and pretty much anything to do with the Romans.
View all posts by Carla Hurt »
← Saint Nicholas through the Ages
Is Amphiaraus a god? →